Your experience on this site will be improved by allowing cookies.

Karate (空手 'empty hand') is an ancient unarmed fighting system which is a combination of deadly techniques and a philosophy that avoids conflict when at all possible.

The ultimate aim of Karate as a martial art is not limited to only victory or defeat. It helps us to face all manner of challenges that life throws at us by improving our character through hard practice.

Karate is a systematic conditioning of hands and feet to turn them into powerful weapons which allows Karateka to put the enemy under control with one punch or kick.

Shotokan is one of several traditional karate styles. It is often regarded as a 'hard' and 'external' martial art because it is taught that way to beginners and coloured belts to develop strong basic techniques and stances. Initially strength and power are demonstrated instead of slower, more flowing motions. Those who progress to higher levels end up developing a much more fluid free-style which often incorporates grappling and jujitsu-like techniques.The Shotokan style we study was developed from various ancient Chinese martial arts by Master Gichin Funakoshi (1868–1957), an Okinawan teacher of physical education who introduced it to mainland Japan in 1922. Although it began as a single association that developed into the famous Japan Karate Association, Shotokan now exists as many different organisations. Some are large, international, mainstream organisations such as ours (Japan Karate Shoto Federation) with Headquarters in Japan and some are smaller lesser known independent organisations.The Shotokan Karate practiced today has undergone decades of evolution and improvement by following methods developed in modern sports sciences. Shotokan Karate has now become a graceful, dynamic martial art that is both powerful and beautiful without compromising the traditional teachings of its founder, Gichin Funakoshi. 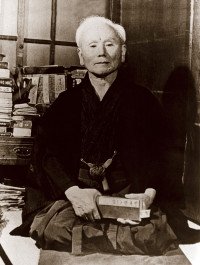 See our Documents and Policies...

Find our a little more about Selby Shotokan Karate Club and its instructors.